Erich Majors was born and raised in Harrisburg, PA and he graduated from Harrisburg High School in 2006. In school, he excelled academically (3.5 G.P.A.) and athletically in both football and basketball. He then matriculated to Susquehanna University; majored in Business Management, studied abroad in London, England (Sigmund Weis School of Business at Susquehanna University); and was a 4-year letterman on the football team.

In his senior year, Erich helped lead the Susquehanna University Crusaders to a Liberty League Championship in 2009 as a team captain. Susquehanna University’s Head Football Coach, Steve Briggs had this to say about Erich, “Pound for pound our best defensive player, true leader, and hardworking”.  He was a member of the 2009 D3football.com All-East Region Team (Third Team Defense, Linebacker position).

Erich has since gone on to earn his master’s degree in Public Administration while living out the words of his grandfather, Henry SAMUEL, “Service is the price you pay for the space you occupy in the universe”.  Erich became a Pennsylvania State Police Trooper in 2014 and now currently works as a Criminal Investigator. 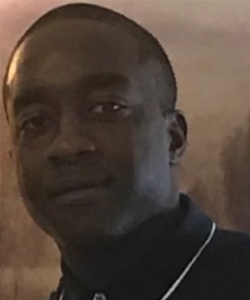