George Livingston founded G2 Explosion from the core belief that all youth has inner greatness within, but due to a variety of unfortunate circumstances, many may never reach their full potential in sports or in life. For this reason, George was motivated to change the narrative of that storyline.  George was born and raised in Newark, New Jersey also often referred to as “Brick City”.  He would later move to Southern New Jersey and attend Highland Regional High School, where he played and excelled in football, basketball, and wrestling.  Afterward, George went on to obtain his Bachelor of Arts Degree in Communications at Susquehanna University while also participating in football as a 4-year letterman.  To date, George is only among a few former players at Susquehanna University to start at least one game on both sides of the ball at multiple positions.  Upon graduating, George would then pursue his childhood dream, as he would have the opportunity to work out for several NFL team scouts.  Since 2012, George has become a mentor, coach, and later an Athletic Director over the Winslow Eagles Youth Association whose program experienced deep playoff runs at every level as well as a Junior Level championship during his period.

In his professional career, George has held various mid-level to senior-level management positions with several Fortune 500 companies which include Enterprise Holdings, Husqvarna, American Express, and Tesla to name a few. 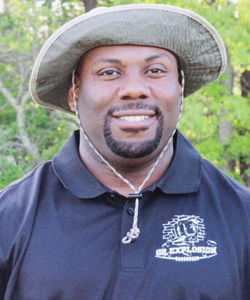